In Acres of Walls, Johanna Barron presents the first images from her efforts — using the Freedom of Information Act — to access and re-create a collection of abstract paintings that hang in the original CIA headquarters. Barron’s re-creation includes the only images released by the CIA over the years, rendered in three-quarter scale.

Also shown are the many FOIA denials; appeals; redacted pages and her correspondences with historians; curators; museums; politicians; and scientists among others. Following an interest in the CIAʼs covert operations during the Cold War, which supported and used art as a “cultural weapon” against the Soviet Union and communism, Barron’s work is part of a larger project about art in government agencies and tests the FOIA against government transparency. It complicates a conversation about CIA history and its effect on the trajectory of the art world, as well as explores a gray area of art as information, creating a visual reference to the FIOA process.

See press about this project. 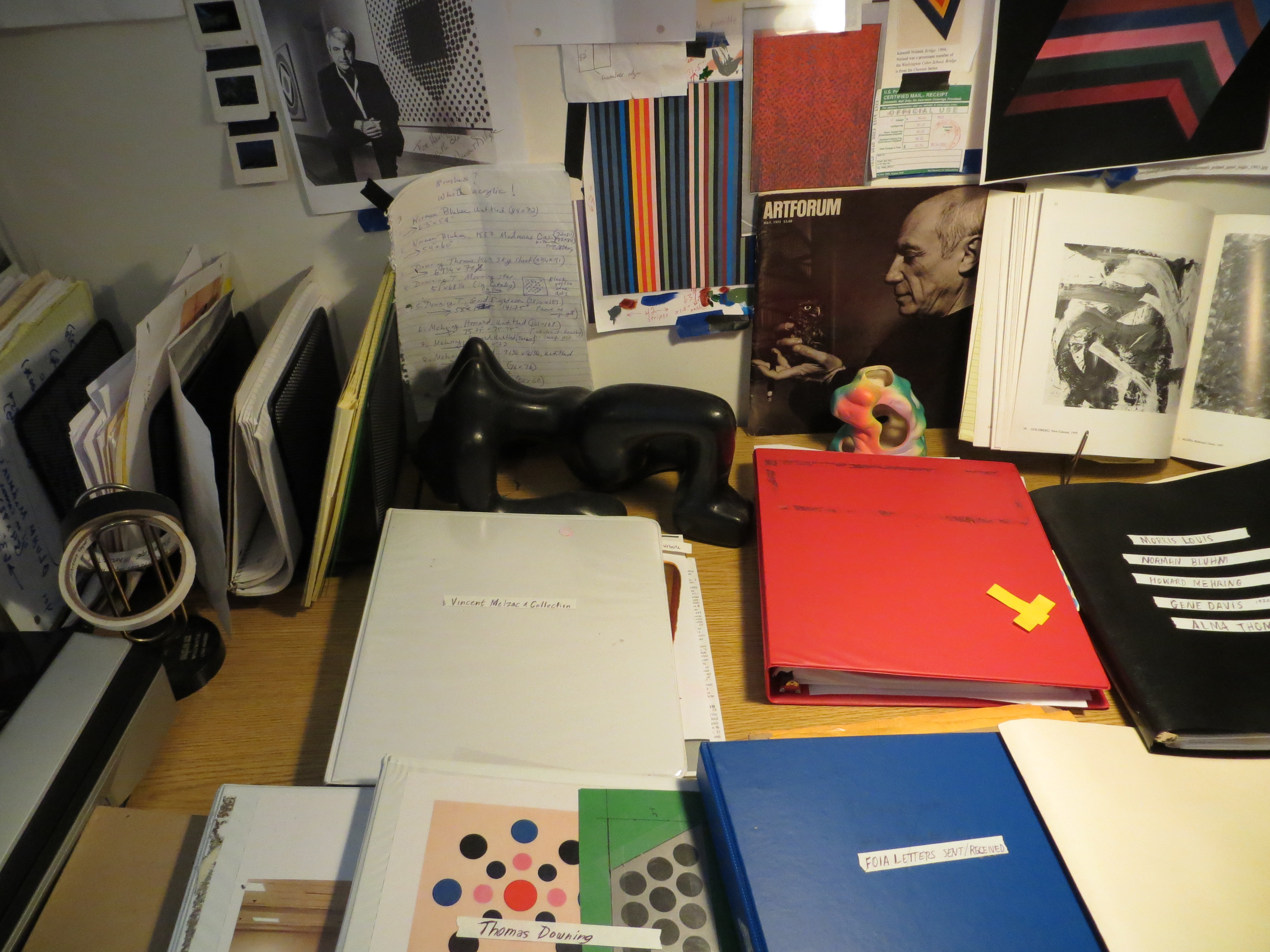 Warning: count(): Parameter must be an array or an object that implements Countable in /nfs/c03/h03/mnt/58008/domains/jobybarron.com/html/wp-includes/class-wp-comment-query.php on line 399